Parham grew up in Lexington KY, hiking and camping, and enjoying the outdoors. While in Junior High, he bought a used Minolta SR-T SLR camera and a few lenses. An artistic passion was born.

Shortly after buying the camera, both because of interest and because film processing was expensive, he delved into the mysteries of the darkroom. He processed his own Black and White film, and make prints with his aging Federal drum style enlarger, diligently dodging and burning with homemade flags. His parents’ utility room was regularly blocked off so he and his younger sister (Koral Martin, also a professional photographer) could stink up the whole house with the acrid scents of developer chemicals like Dektol and Microdol-X.

Parham continued to shoot and process up through his college years, but when life and kids came along, the darkroom was put aside, and the camera, while still somewhat active, was not nearly as front and center as it had been in younger days. He still shot his growing assortment of Minolta cameras and lenses, and, as an avid scuba diver, even delved into underwater film photography.

Parham founded several computer software development companies. Through that experience, he was quite “digitally literate” when the dawning of digital photography slowly crept onto the horizon.

His first digital camera, purchased in 2002, a Kodak EasyShare DX point and shoot, got a workout. While he still shot frequently with his battery of Minolta bodies and a variety of lenses (including a 1000mm reflex lens bought on a whim in Chinatown in San Francisco) the new Kodak was very cool. Parham realized the future of photography was in his hands, digital photography.

His first real test of the camera was a trip along the Columbia River Valley in Oregon. The waterfalls were amazing, and the ability to capture them so easily with a digital camera and see the results immediately captivated him.

His next foray with the digital was to Maui Hawaii in 2003. There he shot both film and digital. After looking at the hundreds of shots he took, he recognized that digital photography, while amazing, still had quite a way to go to really rival film photography.

Parham loved to shoot… but most of his favorite locales in these years were nature and wildlife. That foundation led him to love shooting the outdoors. He strove to capture the feelings he gave rise to each time he hiked an orange leafed autumn trail, stood in the mist of a tall cold waterfall, or gazed from a mountain top at a snow-covered landscape below. These things always caught his artistic eye, and he strove to capture those with the tools he had.

Among Parham’s other deep passions… cooking great food! As both an avid home cook, and a sometimes fill-in cook/chef for area caterers, “performance chef” at special events (cooking omelets, pasta dishes, carving roast beef to order at brunches etc), and on two area dinner trains, he developed a knack for creating food presentations that not only tasted good, but amazed the eye.

Fast forward to 2013. Parham had upgraded his digital cameras several times since the 2002 purchase but had stayed in the point and shoot camera bodies. 2013 saw his first DSLR. He purchased a used Canon Rebel XT with two “kit” lenses, an 18-55mm and a 75-300mm. He refreshed his skills in the interchangeable lens world, but quickly realized that he had to upgrade his game from the XT and lenses with no image stabilization.

As soon as he upgraded his camera… and slowly upgraded his lens selections, he started shooting that second (or was it third?) passion, food. Whether with a new-to-him DSLR, or with his iPhone, not a week went by over the ensuing years that food wasn’t in the lens.

Parham is evolving his artistic endeavors, delving into video production. He both shoots and edits videos from music videos to commercials to videos on art. 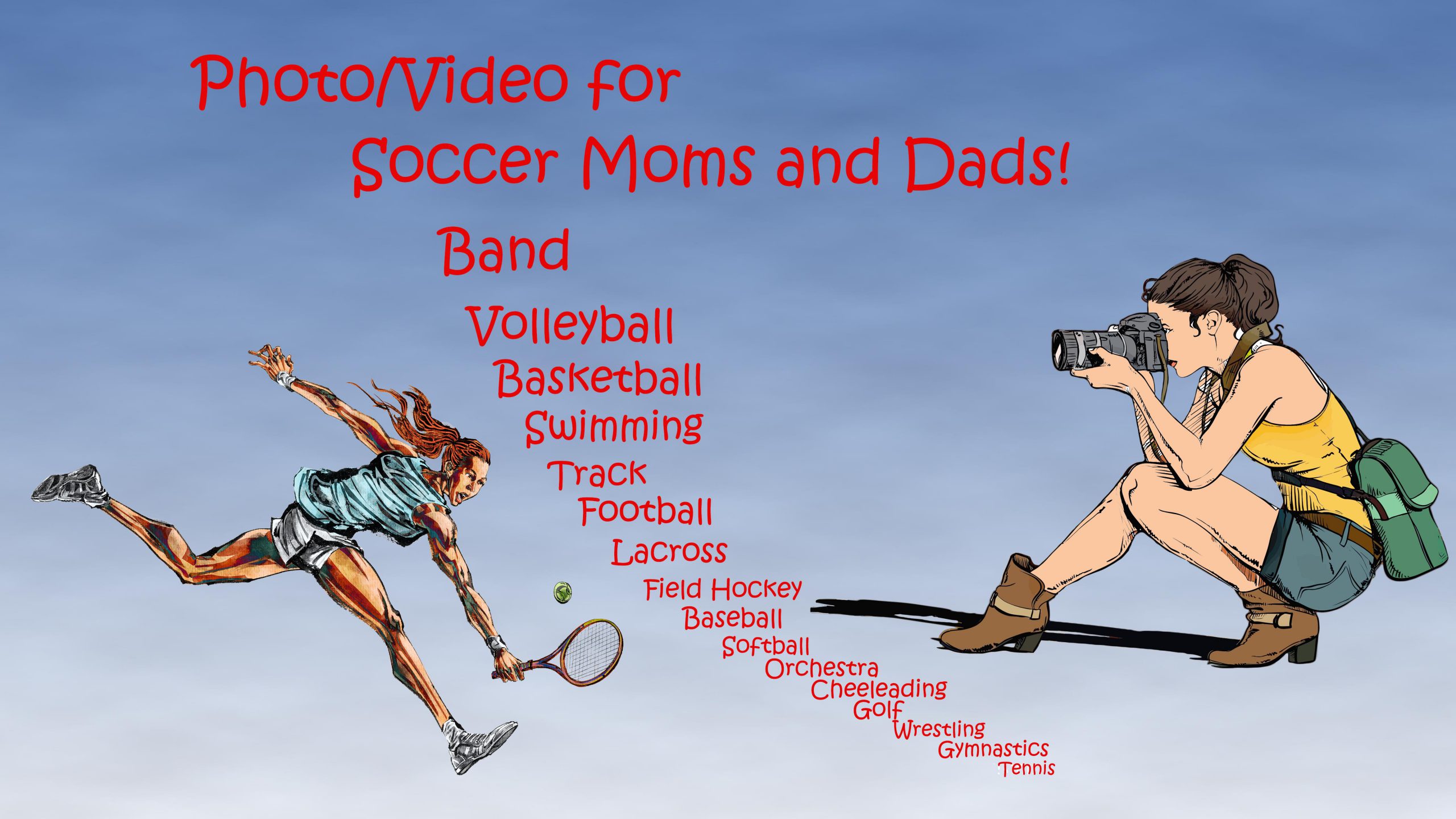 Photo/Video for Soccer Moms and Dads