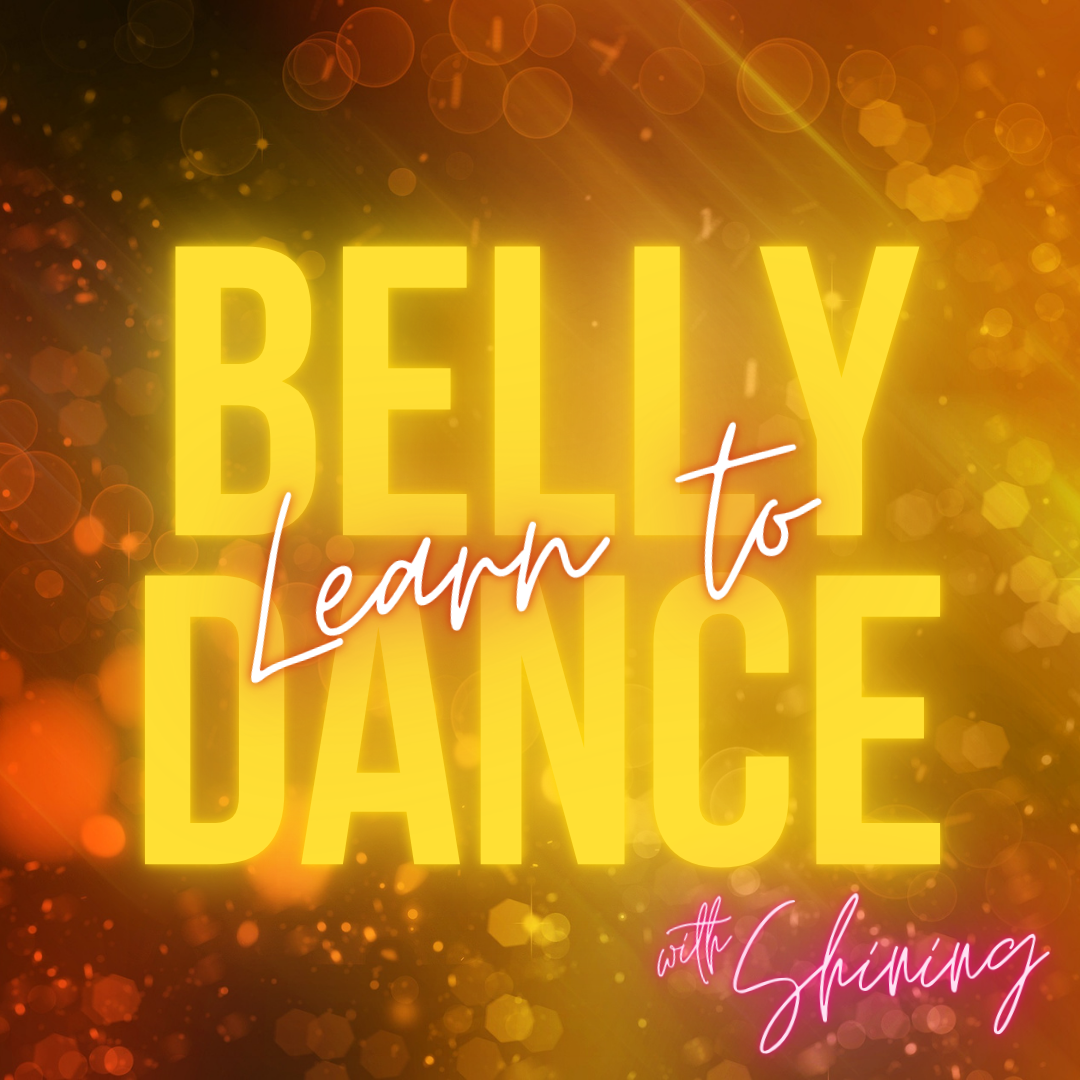 Step into my online classroom and learn the art of Raqs Sharqi ("Eastern Dance")!
Known globally as Belly Dance, this is a fun and low impact activity for all ages and genders.

You will learn fundamental techniques and musical skills with each lesson in this course while doing something to enrich your own experience of self connection.

Raqs Sharqi is a dance meant for fun and celebration. As an art form, it developed over the last 130 or so years from the social dances of Egypt, Lebanon, Turkey and the surrounding cultural/geographical region, and spread out to nearly every corner of the modern world. People do it for fun, fitness, healing, sensuality, social connection, artistic expression and many other personal reasons.

Adaptations can be offered for most physical needs or alternative learning styles, please communicate with the teacher about possible accommodations you may require.

Recommended: water, comfortable clothing, scarf or belt to tie around your hips, notepad and pen if you like to take notes.

Isn't belly dance only for women?

Nope. In countries such as Egypt and Lebanon the social version of this dance is done by everyone. There are also many genders present as performers and instructors of the professional version of the dance.

Do I have to show my belly/hair/arms/etc?

Absolutely not, I will never pressure you to show more than you are comfortable with.

Do I need a hip scarf or costume?

No, but it wearing something around your hips will help show the movements more clearly and it can make the experience more fun

"But I can't dance/I have two left feet."

The great thing about this style of dance is Left and Right’s are not super important. I suggest movements or qualities, you explore how they feel and we work on creating your own way to express the ideas within the structure I provide.

"I want to but, dance classes scarred me as a kid!"

This class is very low pressure and will most likely not be structured like any western dance class you had as a child. I challenge my students at the appropriate level and according to the goals they have set at the beginning of the course. If you are here for fun, it will be about the feeling and experience, and you may receive suggestions from me about how to create different sensory experiences, while someone who really wants to learn the technique and musicality will be able to focus on those elements and receive the appropriate feedback.

There’s a long standing association with sexuality or sensuality in Middle Eastern and African dances because of western cultural views on torso articulated movement, meaning any dance which primarily uses movements of the torso, hips, pelvis, chest or back rather than limb movements of arms, legs and feet will be viewed as being sexual, whether the culture of origin views it that way or not.

Ultimately any movement can be used with the intention to seduce, but that is not the social function of raqs sharqi. In the cultures of origin this is a dance of joy and celebration traditionally occurs at weddings and other family celebrations in two ways:

The first is the social dance performed out of joy or for personal amusement by women and men (both dance but usually in gender segregated areas).

The second is by a professional dancer who appears in costume and often sings or performs with songs which could be considered suggestive for the union of the bride and groom soon to occur. This is one situations in which a nod to, or overt sexuality is appropriate and expected within the society.

Outside of these celebratory contexts it can be more complicated and varies depending on each person’s viewpoint and the artist in question.

The short answer is each person’s world view will determine what they consider sexual and whether sexuality is a negative or positive thing. You are free to decide for yourself if this is something you want to embrace or minimize. I do not promote the idea of "dance for your sultan" mentality in this class but I do acknowledge the movements of raqs sharqi can have a rehabilitating effect on people whose sense of safety in sexuality or sensuality has been damaged in the past.

What kind of belly dance will I learn?

"My teenager wants to try this class."

Looking for Teens or Teen & Parent class?
Check out my "Belly Dance for Teens" (ages 13-18) course on https://www.kidclassesonline.com/course/belly-dance-for-teens !